The two members of the Irish Defence Forces visited to present an Irish flag and a copy of the 1916 Proclamation to the school as part of a national initiative.

Michael McHale, Principal, welcomed the visitors together with members of the Hanrahan family, who joined with the pupils, staff, members of the Board of Management and parents to celebrate this momentous occasion for the school.

Michael spoke of the community’s great pride in having members of the Irish Army in Ballyneale – a place with a proud tradition in Ireland’s fight for freedom. He spoke of past pupil Thomas F. Kiely who won an Olympic gold medal for Tipperary and Ireland in 1904 and of the many men and women in the community who had been involved in honouring our native language, traditions and games. John O’Mahony, one of the Young Irelander leaders of 1848 who lived in Ballyneale was a friend of Thomas F. Meagher who introduced our national flag to Ireland.

Sgt. Kieran Kennedy told the children a little of the history of the Proclamation and the 1916 Rising. He also spoke of the importance of our national flag and how to care for the flag. Sgt. Kennedy explained to the children how Thomas F. Meagher climbed nearby Slievenamon and wearing a tricolour sash, placed the green, white and orange flag in the ground and told the 50,000 people who had come to listen to him that he hoped that one day this flag would fly over every part of Ireland.

Maeve McGuigan read Pádraig Pearse’s beautiful poem “The Mother”. Oisín Crowley read “I See his Blood upon the Rose” by Joseph Mary Plunkett, while Mary O’Hanlon read “The Reapers of Mullough”, a poem about John O’Mahony. Erin Hanrahan read a section of the 1916 Proclamation of Independence. 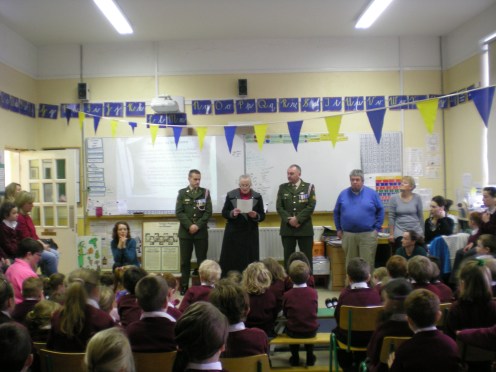 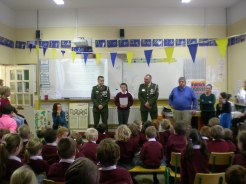 Private Flynn then presented a copy of the Proclamation to Eric Lonergan and Theo O’Gorman who are the oldest and youngest pupils in the school. 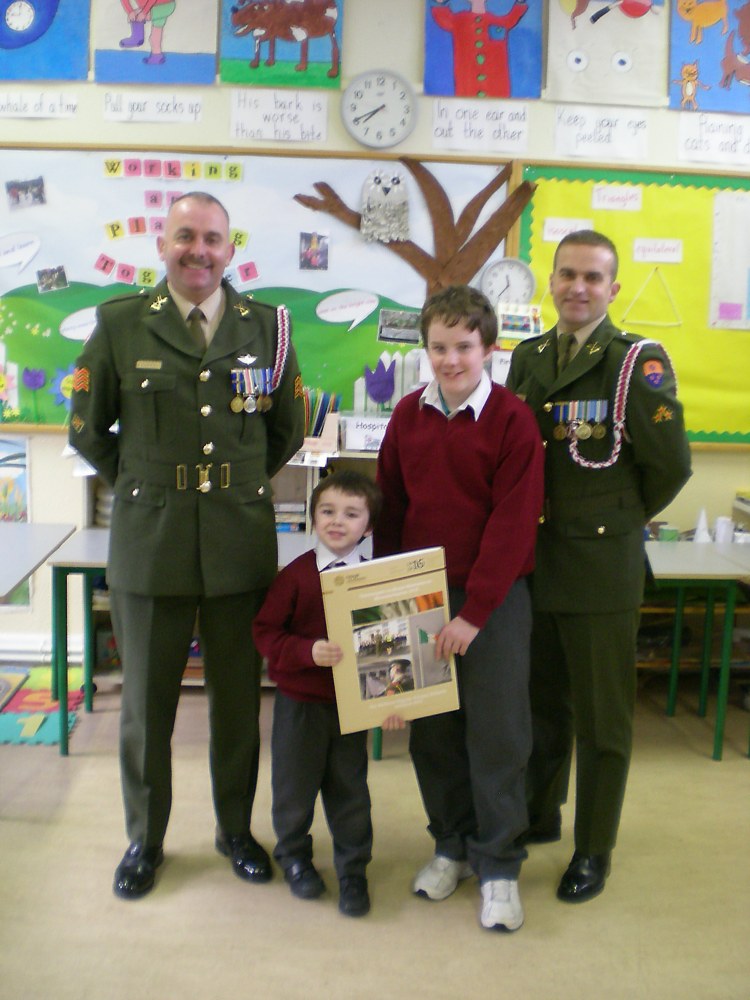 Keelan, Lucy and Jessica Hanrahan great, great, great grandnieces of John O’Mahony were presented with the National Flag by St. Kennedy on behalf of the school. The pupils then had a chance to ask the members of the Defence Forces about the Irish Army and 1916. 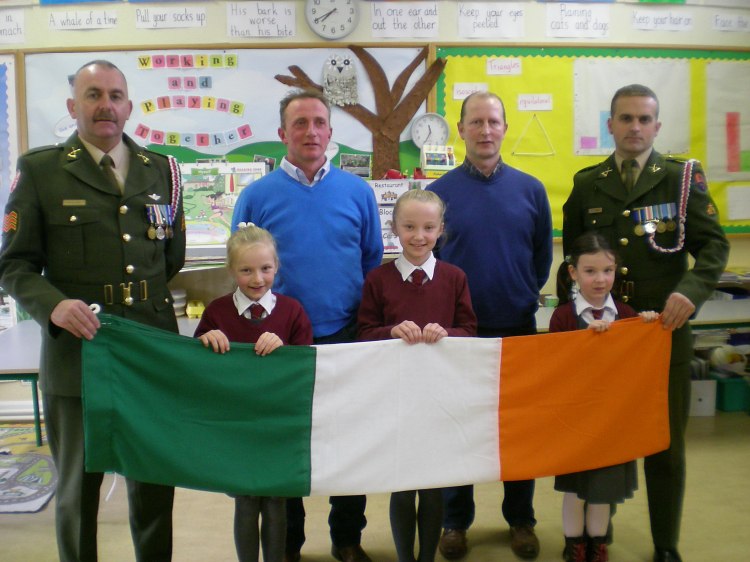 Ballyneale National School, together with all other schools in the country, will raise the National Flag at 12 noon on March 15th, 2016.